She sat there looking like a religious ornament. Silent, beautiful, smiling with an aura of everything heavenly surrounding her. To say I was smitten at first sight is an understatement. Cupid must’ve been pissed off at my recent rejections of his choice suggestions. Because that day, He didn’t give me an option. He used a spear instead of an arrow and pinned my heart to the lovely lass before me.

I forgot my primary mission that brought me here in the first place… to my local dealer of the latest in TV series. That evening, I had a new mission of which there was really no need to ask me if I had accepted. I dug into the depth of my mind and brought out my best lines… Like our African parents use of chinaware for special guests. I twisted, stretched and on occasion invented new words just to let her know why I hadn’t fell for her but I had in-fact done was crashed. See, it was something I wasn’t taking a no for.

Ladies and gentlemen, I must’ve been extra persuasive that night coz she accepted my proposals ( I gave her a myriad of options with the prize being me – mostly).

Fast forward two years later. I was sitting there in these noisy Rongai matatus listening to some great music being played at ear blasting levels when I received a text from her on WhatsApp.

See, we hadn’t properly talked since Rona devastated the world and the few calls I had tried making usually went ignored only to be returned later. My texts were in constant limbo of grey ticks and I had gotten used to that as I was mostly busy at my new job anyway.

Back to the text. I opened it excitedly expecting news of her return to the city. But it wasn’t.

What it was… was a WEDDING INVITE. Hers and that Ex she’d told me not to worry about. That ex who was like a constant reminder of every bad mistake she’d ever made. So she had said. That ex who still wanted her but she hated the thought of heartbreak and his face was a reminder of what heartbreaks with names looked like. That ex that looked like what she’d use for target practice if she ever bought a gun. The way she spoke of him when we met was with such loathe that I never questioned my role in her life.

So when I saw that text. I went deaf. Loud matatu music? What music? I felt my lunch requesting permission to launch. Where to, I don’t know. All I know is the path was through my mouth. I denied the request but my other access route granted it. I stopped it just in time. My dark face turned red. I was furious, Why Him?

Took me three weeks to muster the courage to say congratulations on your engagement. Mumble some excuse about being on duty and unable to attend (I was actually on leave).

A week ago I texted asking for wedding photos ….

I’m back in grey tick Limbo. Must be something about her being a wife now. 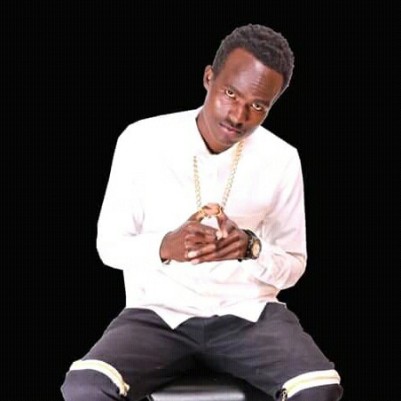